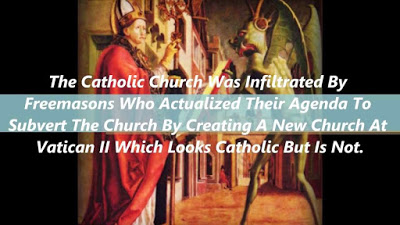 The Catholic Church has, strictly, forbidden associations with freemasonry for centuries and there is still a ban on Catholics joining masonic lodges. Even if you are not a Catholic, it is important to understand how/why the Illuminati and Freemasons needed to infiltrate the Church and their goal is to put an end to true Christianity. Who are the great enemies of Christianity?

Freemasonry (which was created by Talmudic Judaism) infiltrated the Vatican, not the other way around. This VITAL book tells how it happened: 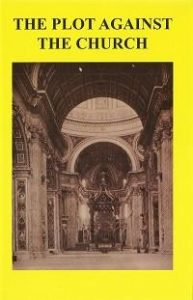 This video explains the history of Freemasonry, their rituals, and – MOST IMPORTANTLY – tells why it is forbidden (and a Mortal Sin) for any Catholic to become initiated into the Masonic Lodge:

Here are the two books discussed in the POWERFUL videos, above: 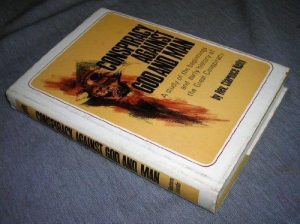 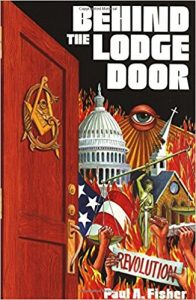 Read the book – “Grand Orient Freemasonry Unmasked: As the Secret Power Behind Communism” to learn how the Judeo-Masonic evil infiltrated the Catholic Church.

In 1738, the first Pope to warn of the masonic occult was Pope Clement XII –

Here is another, more recent, book written on the Alta Vendita and short video describing it: 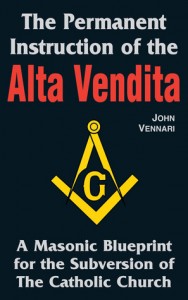 In eminenti apostolatus specula was a papal bull issued by Pope Clement XII on 28 April 1738, banning Catholics from becoming Freemasons.

He noted that membership of Masonic Lodges, “spreading far and wide and daily growing in strength”, was open to men of any religion or sect, who were sworn to secrecy. The logic at the heart of the bull is expressed as follows:

‘But it is in the nature of crime to betray itself and to show itself by its attendant clamor. Thus these aforesaid Societies or Conventicles have caused in the minds of the faithful the greatest suspicion, and all prudent and upright men have passed the same judgment on them as being depraved and perverted. For if they were not doing evil they would not have so great a hatred of the light.”

The bull goes on to note that the growing rumor had caused several governments which considered it a threat to their own security to cause such associations to be “prudently eliminated”. An expressed danger was the private rules that bound members, “that they do not hold by either civil or canonical sanctions.”

As a result, all Catholic participation in Masonry was prohibited, and bishops were to proceed against it “as well as inquisitors for heresy…calling upon the aid of the secular arm,” as it was under suspicion of heresy, partly because of its already notorious secrecy.

Catholics are still prohibited from joining Masonic organizations and this was confirmed in 1983 by the Congregation for the Doctrine of the Faith.[1]

Ab apostolici was a papal encyclical promulgated by Leo XIII on 15 October 1890.

It dealt with Freemasonry in Italy, condemning the contemporary course of public affairs in Italy as the realization of the “Masonic programme”. This “programme” was said to involve a “deadly hatred of the Church”, the abolition of religious instruction in schools and the absolute independence of civil society from clerical influence.[1]

Also, the 1917 Code of Canon Law, declared that joining Freemasonry resulted in an automatic excommunication. In 1983, the Canon Law was revised and, this time, didn’t name Masonic orders as some of the secret societies it condemns. However, the matter was clarified when Cardinal Joseph Ratzinger (later Pope Benedict XVI), as the Prefect of the Congregation for the Doctrine of the Faith, issued a Declaration on Masonic Associations, which states: “… the Church’s negative judgment in regard to Masonic association remains unchanged since their principles have always been considered irreconcilable with the doctrine of the Church and therefore membership in them remains forbidden. The faithful who enroll in Masonic associations are in a state of grave sin and may not receive Holy Communion.” Thus, from a Catholic perspective, there is still a ban on Catholics joining Masonic Lodges. For its part, Freemasonry has never objected to Catholics joining their fraternity. Those Grand Lodges in amity with UGLE deny the Church’s claims. The UGLE now states that “Freemasonry does not seek to replace a Mason’s religion or provide a substitute for it.”[1]

The book Freemasons And The Conciliar Church by John Kenneth Weiskittel is a must read if you really want to understand the takeover. 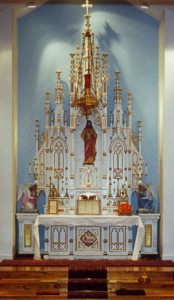 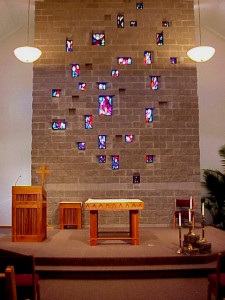 Be sure to read Free Masons in the Vatican and listen to the video to hear the list of positions that have been taken over.

This video explains all of the Freemasonic genocides that have occurred and how they have almost destroyed the Church…but, remember that they can never completely destroy it because Jesus Christ promised that “the gates of hell will NEVER prevail!”
The satanic Freemasons know this promise.