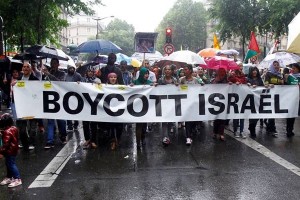 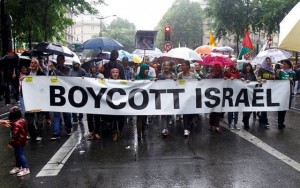 The United Church of Christ joined other American churches in boycotting Israeli businesses in Judea and Samaria. Israel’s foreign ministry slammed the move, saying their position is not based on reality.

The top legislative body of the United Church of Christ (UCC) voted Tuesday to divest from companies with businesses in Judea and Samaria.

The denomination’s General Synod endorsed the action on a vote of 508-124 with 38 abstentions during its meeting in Cleveland.

The 1.1-million-member Christian organization is not the first to do so. Last year, the Presbyterian Church (USA) voted to sell stock in a few companies whose products were used in Judea and Samaria.

The UCC’s resolution was broader. Delegates called on the denomination’s financial arms to sell off stock in any company profiting from what the church called “human rights violations arising from the occupation.” The church also voted to boycott Israeli products made in Judea and Samaria, although such action harms first and foremost the Palestinian employees at these Israeli factories.

In 2005, the UCC passed a resolution calling for “economic leverage” to resolve the Israeli-Palestinian conflict and accused Israel of widespread human rights abuses against the Palestinians.

Peter Makari of Global Ministries, an agency that is part of the UCC, said the resolutions “reflect our urgent concern for the worsening effects of the Israeli occupation on Palestinian people and lives, including the disparity in rights and power.” The church affirmed Israel’s right to exist along with a “sovereign, independent” Palestinian state.

Israel’s foreign ministry slammed the church’s call for a boycott as “immoral.”

Foreign Ministry spokesman Emmanuel Nahshon said the denomination’s policies have “reflected the most radical politics for more than a decade and in no way reflect a moral stance or reality-based position.”